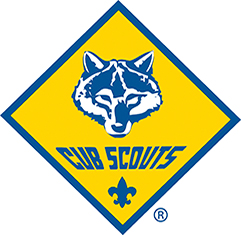 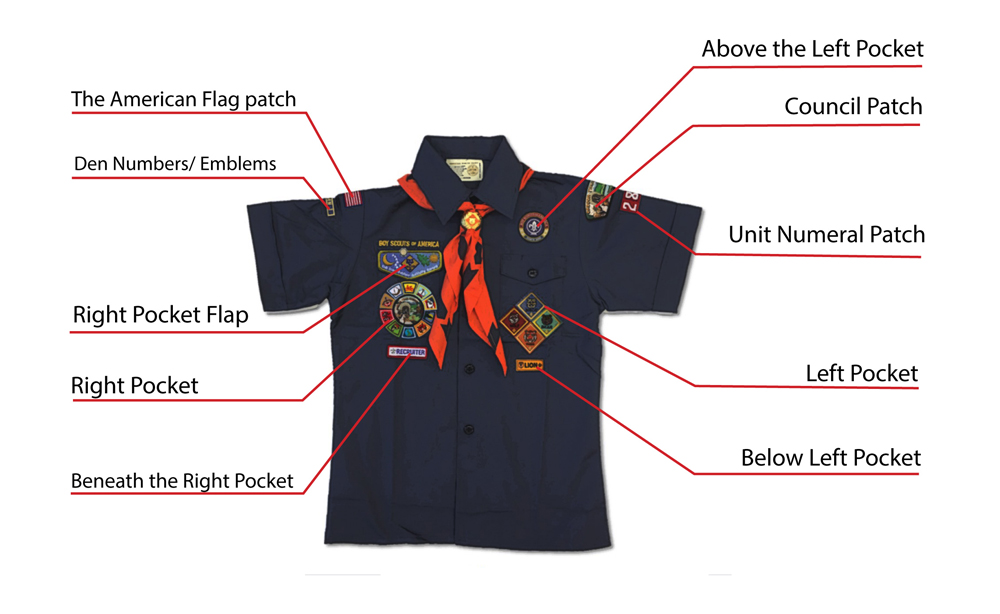 Patch Placement on your Cub Scout’s uniform can be hard to figure out, so we’ve made this guide to help you know what to do! We’ll break down each patch location and type to help you better understand the patches on your cub scouts uniform.

Your Cub Scout uniform houses a lot of different patches! 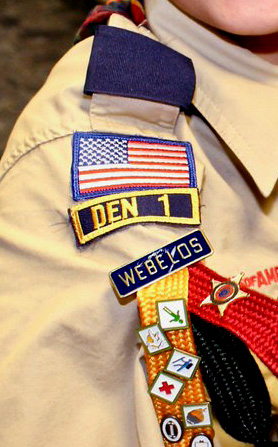 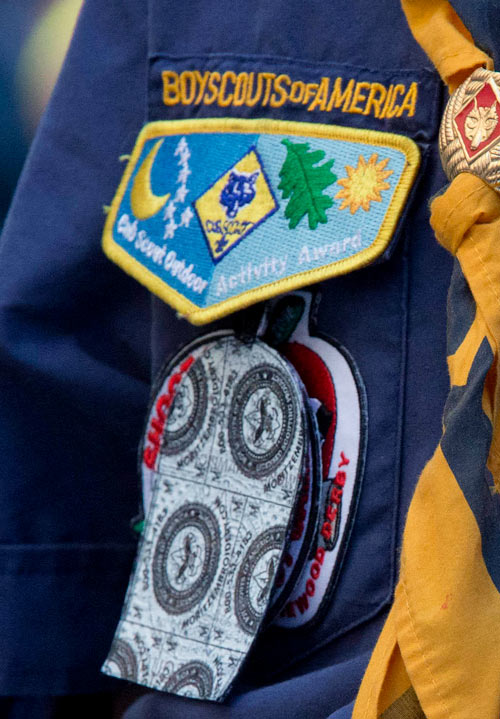 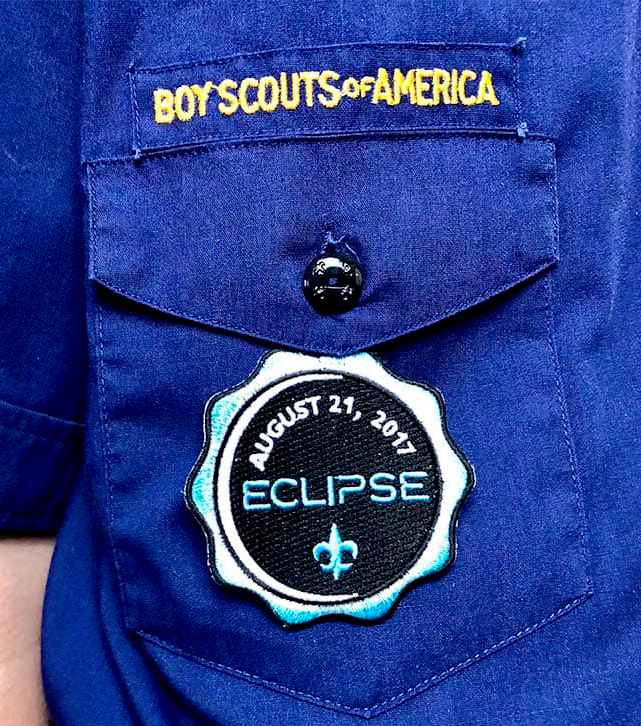 The right pocket placement is where temporary Patches go. Cub Scouts can wear any Scouting patch of their choice here! Only one temporary patch can be worn at time. Patches that contain a button loop are hung from the right pocket button behind the pocket flap. Some examples of patch worn here are Cub Scout pack patches, day Camp patches, or cool Camping patch!
Check out Custom Cub Scout Pack Patches!

Beneath the Right Pocket 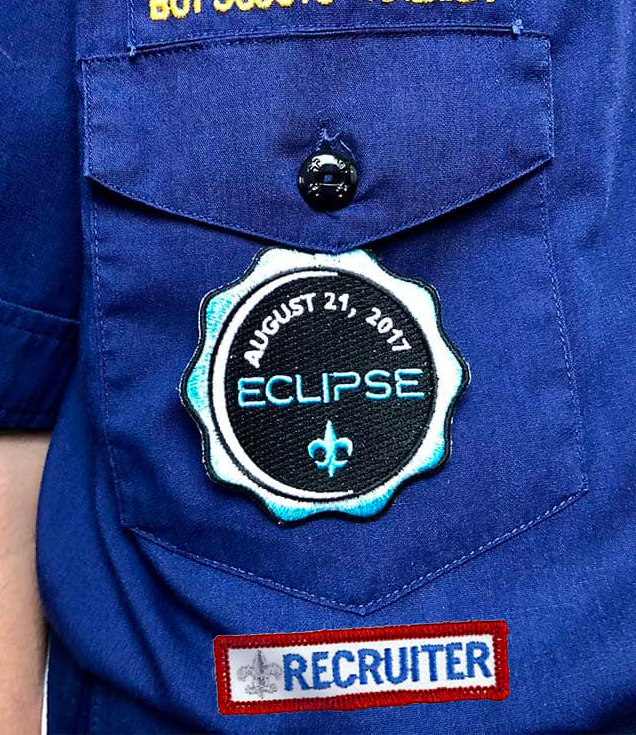 This spot of reserved for the Recruiter Patch Recruiter Patches are given to Scouts that bring another person to join Scouting! The patch is worn centered directly below the right pocket.

Above the Left Pocket 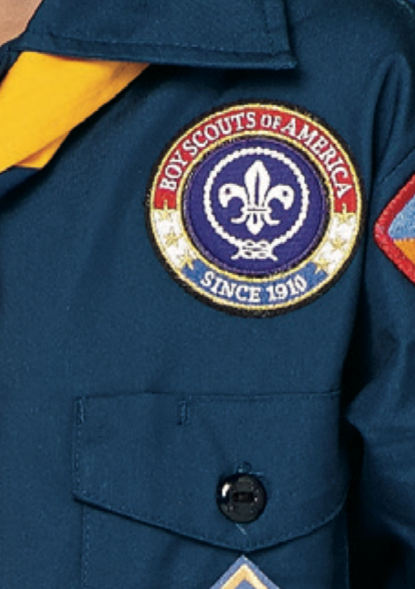 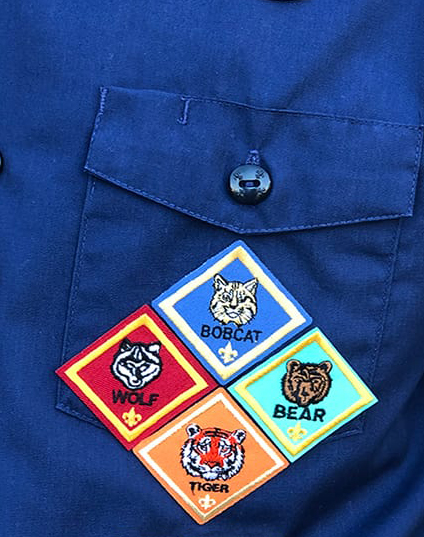 The left pocket house the Cub Scout ranks! They should be placed in the following order:

Below the Left Pocket 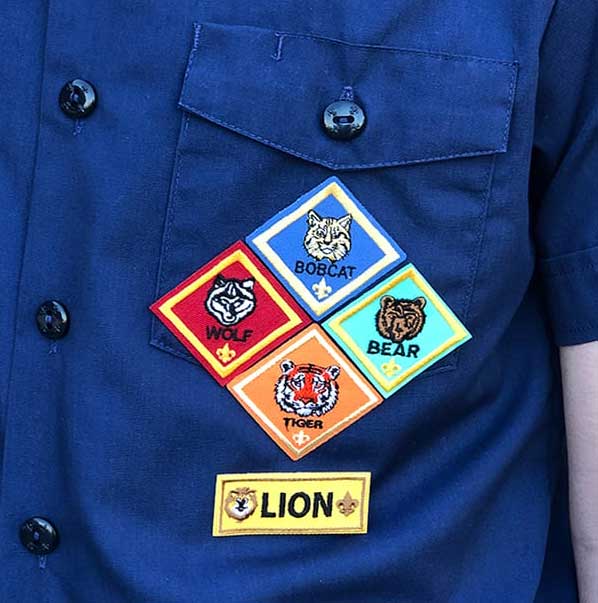 Below the Left Pocket will house the newest Lion Rank! This rank should be placed directly below your Tiger Badge. 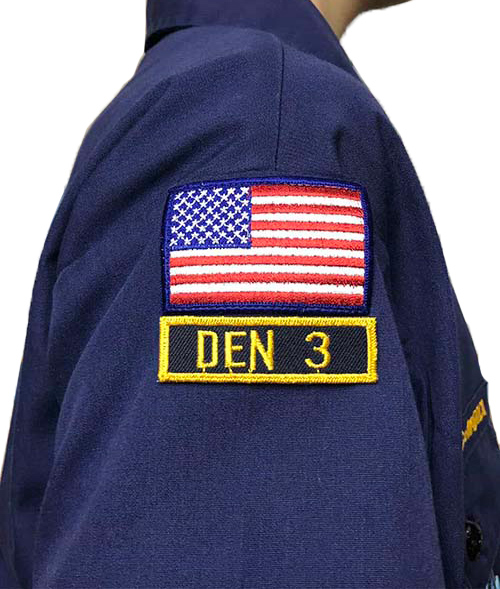 The right sleeve is home to 3 important patches! 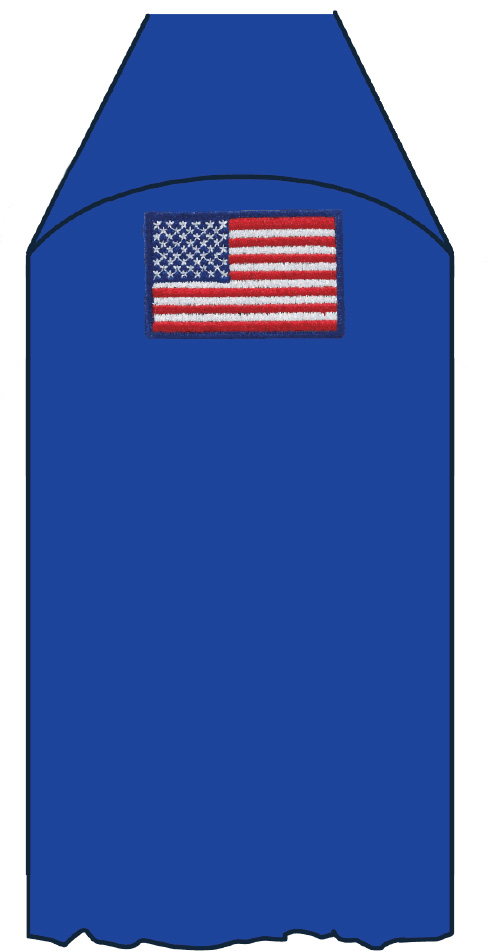 The American Flag Patch comes with every uniform already sewn on. The patch should be located directly below the shoulder seam and should be a BSA issued flag patch. 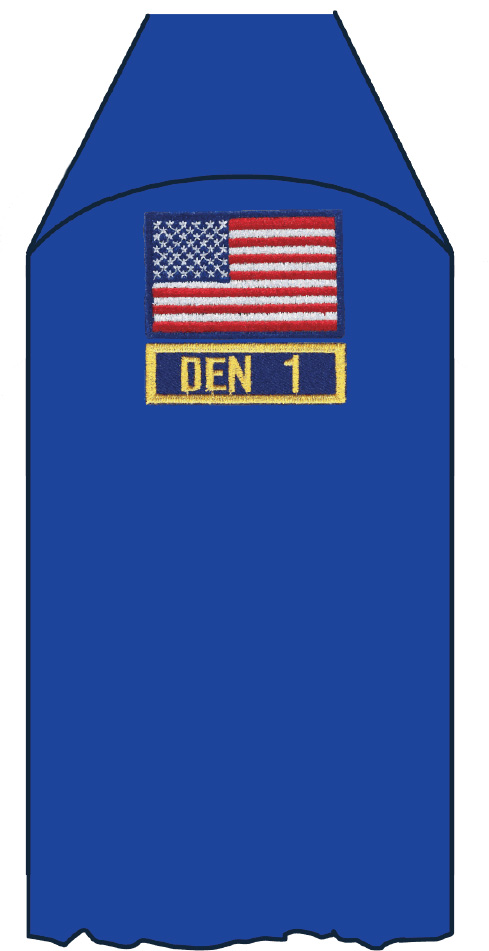 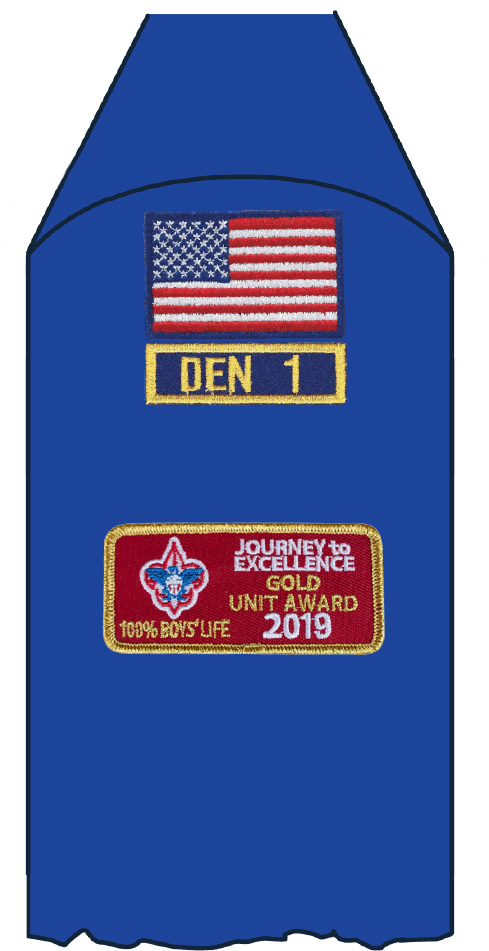 This patch is award to Packs who are awarded the Journey to Excellence Award! This patch should be placed just below Den Number patchs. Only the most recently earned award should be worn. 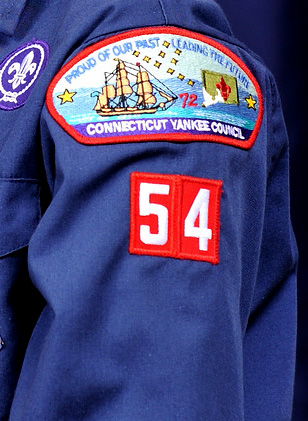 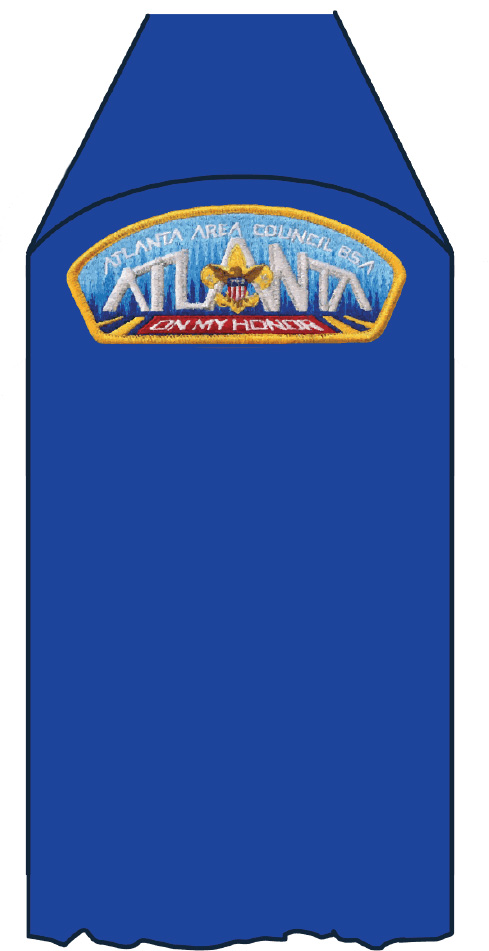 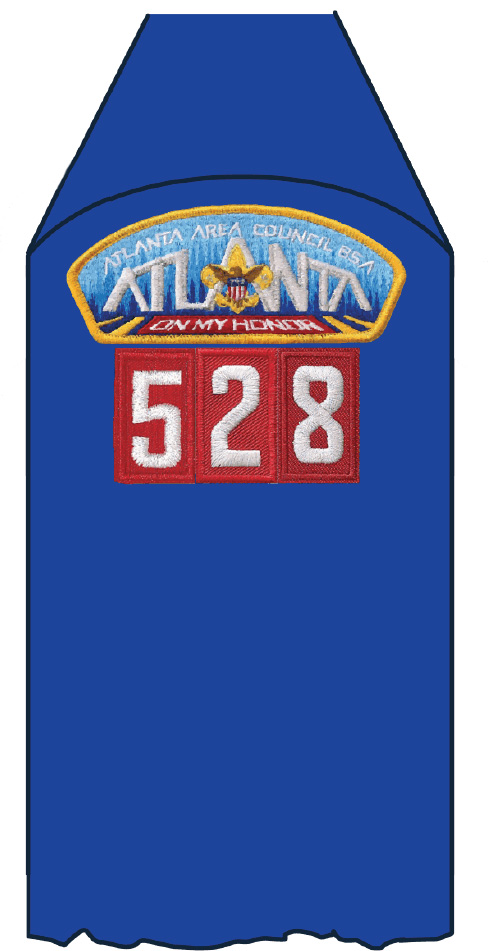 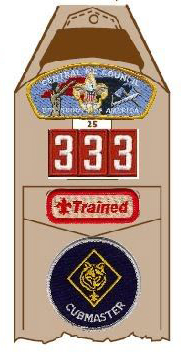 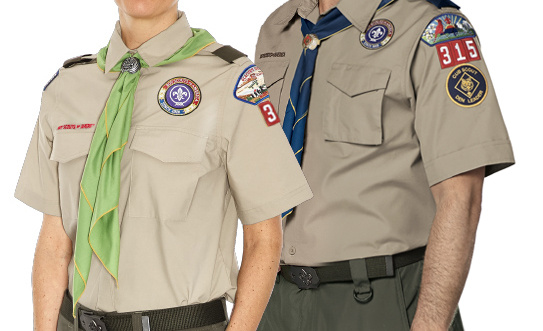