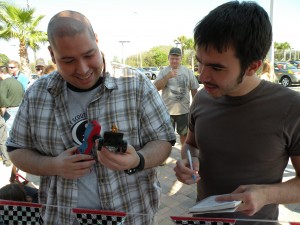 Recently, Cory and I had the pleasure of being judges for Gulf Ridge Council Allohak Districtʼs Pinewood Derby. It was at the Mazda of Wesley Chapel, just a few minutes from ClassB. I must say I had a wonderful time. We arrived shortly after 10 A.M. to a sea of blue, gold, and khaki uniforms and the roar of excitement over the event. There was popcorn, hotdogs, drinks and laughter. Being that this was my first time at a Pine Wood Derby, I was looking forward to seeing how the races where conducted.

I figured the Cub Scouts would line up one-by-one and launch their own cars down the track. Instead, a wooden ramp was erected with 3 lanes. The Cubmaster placed the cars on the ramp and announced which 3 would be racing. Gravity, not the Scouts, would push the cars down to the finish line. It was very organized and the way the track was set up every Scout had a great view of the action. 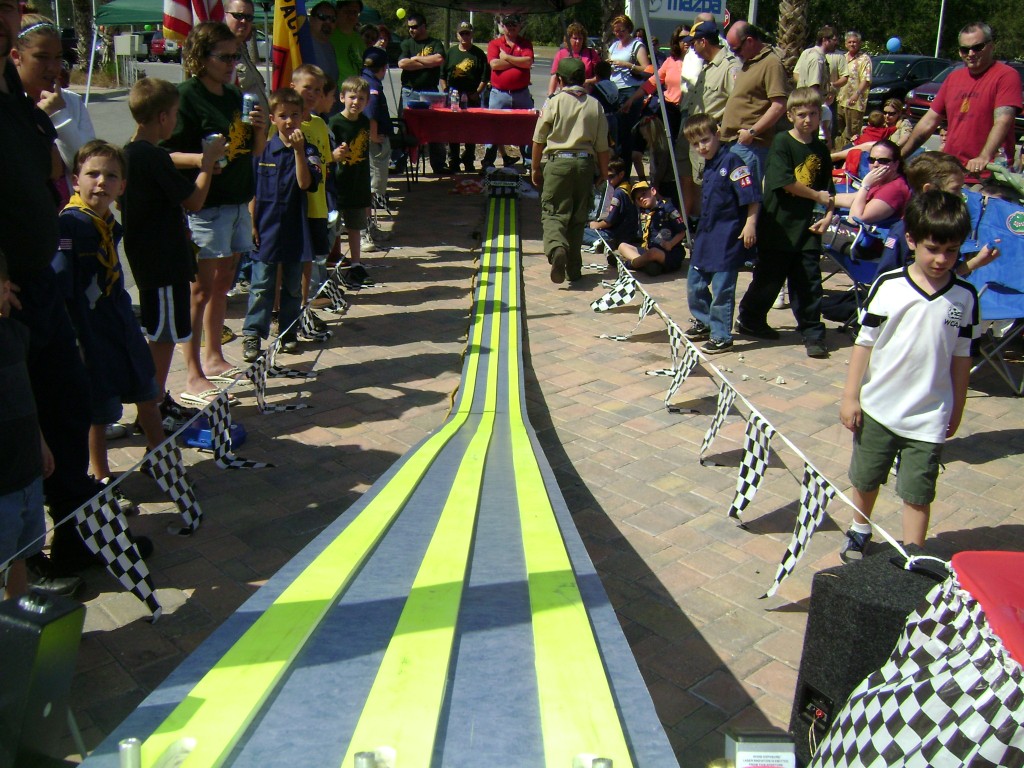 The scouts and their supporters were huddled around the race track, nervous with anticipation to see if their car would be the one to take home the gold. There was so much tension in the air as the Cubmaster released the cars down the ramp. I found myself so involved I forgot I had a job to do (not that I considered this work).

Cory and I judged the cars for creativity; the scouts didn’t make this easy. We saw a large variety of cars. There were stock cars, trucks, and even Hummers! There were also Bat-mobiles, and one Scout even made a Wii game system controller. My personal favorite was the Indiana Jones car, complete with a Lego Indiana Jones figure cleverly placed in the driver’s seat. I took my responsibility seriously. As one of the graphic artists for ClassB, I can certainly appreciate the imagination and craftsmanship put into each entry. 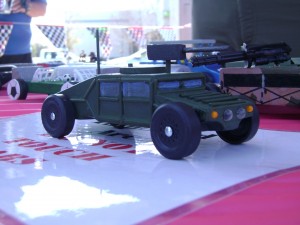 The categories were Space, Historic, Cub Scouts, Military, Sports and Movies with winners in the Webelos, Tiger Cubs, and Cub Scouts age groups. Cory and I examined every car carefully and made sure the contest rules were followed. After several minutes of arguing back and forth, we came to agreement on the winners. We stayed for a short time after the races taking pictures, mingling and in my case, checking out how many of the t-shirts worn to the event were ClassBʼs designs! (I’m happy to report a great many of them were!)

I truly look forward to my next Scouting event and I plan on volunteering for many more. Special thanks to Allohak District and Gulf Ridge Council for allowing us to experience the full throttle fun of Pinewood Derby! 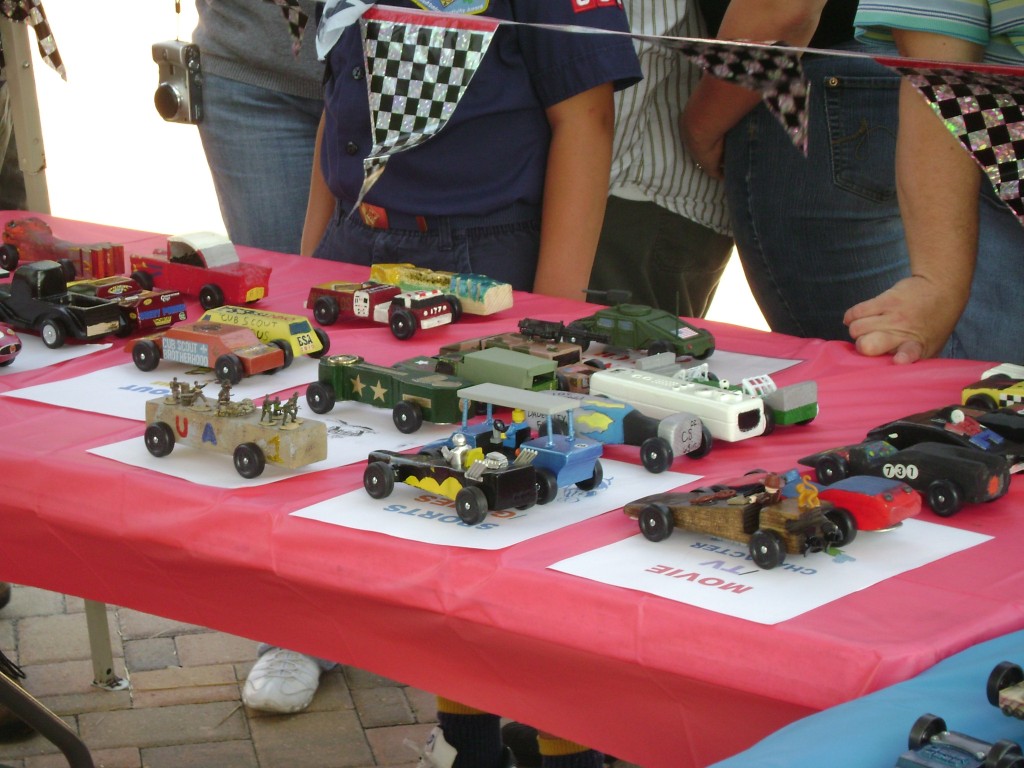 Do you see the Wii remote and Indiana Jones?