March 14th was our small town’s big parade. Its called Founders Day and we are lucky to have a front row seat. Our building is in the downtown historical district, right next to the park where the parade and activities are centered around. Our building has a decorative fenced raised area in front of it that we let various local groups use during events like this. This year we had the Girl Scouts selling cookies. My favorite of all time is the Apple Cinnamons cookie, but they did not have it this year :(

We also had a local Boy Scout Troop selling some Duct Tape Wallets they made. The wallets were very cool, I wish I had taken a picture of one. The scouts were very creative. Who knew you could do so much with duct tape? The Scouts also were the color guard for the parade. 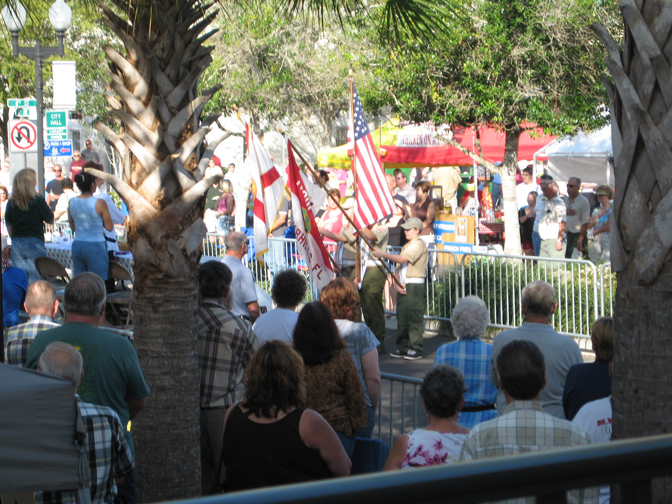 The day before the parade, some of the girls in the store put together a impromptu Scouting recruiting display. We put it out in front of the Building on the porch area and had quite a few people look at it and some scout age boys express interest. We will probably upgrade it for next time. We plan on leaving it in our lobby all the time, since we often get people asking about scouting. 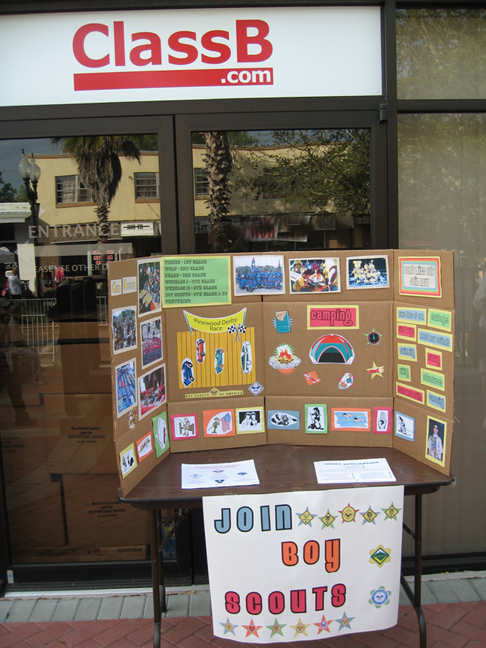